AbstractSound
Last updated at 4:02 pm UTC on 20 July 2022
AbstractSound is a class which represents sounds. It's abstract, which means that generally you'll be working with one of its subclasses instead of AbstractSound directly–
just gives an error.
See Playing music with note names how to use it.
The usual way to use these methods is with classes that inherit from AbstractSound, such as SampledSound or FMSound. (See many examples below.) 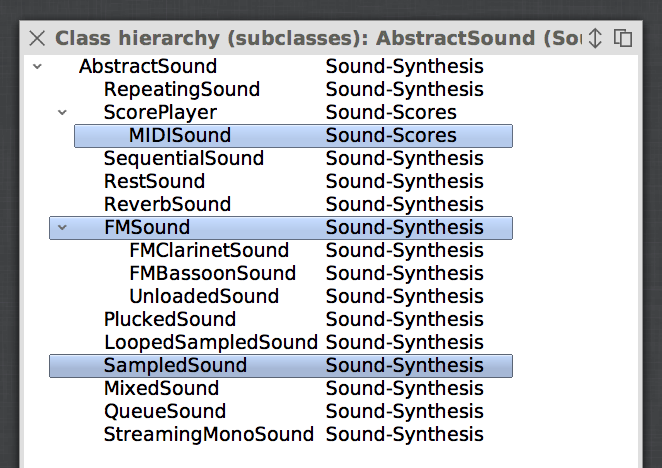 
I'm Mungojelly and I'm a newbie and this first draft is basically just my reading notes as I'm looking through this class. If you're here and you know more than I do, then maybe you could explain it better? If you know less than I do, then the following might be helpful to you– the examples especially might help give you an idea of what Squeak sounds are capable of. <3, mungojelly